​The "Fans Liked and Disliked" sections have been assembled from my many years within the Community and research. If it's on the list, it's a theme/argument/opinion that i've seen on multiple occasions.

I do not claim to speak for all Assassin's Creed Fans, and all fans have their own opinions on each matter.
The Importance of Modern Day


"Modern Day is pivotal, and is the glue that ties all of our projects together" Aymar Azaizia (Head of Content on Assassin's Creed)


Assassin's Creed as a franchise wouldn't make sense without the Modern Day. It gives the player a reason to explore the past. Since the introduction of Desmond Miles in Assassin's Creed 1, fans have been split over the present day conflict between Abstergo Industries (Templar Order) and the Assassin Brotherhood. For some, it's the driving force behind the historical exploration, but for others, it's a waste of time with no purpose. This article will look at  Modern Day as a concept, and the Community Response to different variations. 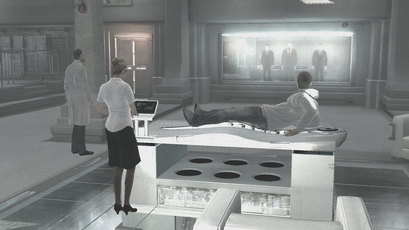 
"History is our Playground"


Assassin's Creed is essentially a Treasure Hunt. Our exploration of the past should shape the Modern Day story in a way that makes the player understand why they have been exploring memories. Most of the  games have had us searching for a Piece of Eden in the past that would benefit the Modern Day Templar Order, with the Assassins doing their best to prevent this. For a good Modern Day story, it must feel like the search in the Animus has not been a waste a time.

An example of this: The Assassin's Creed Unity Ending: Germain's Skull was hidden within the Crypt, making the whole search through Arno's Memories feel pretty pointless for fans. (From a Modern Day perspective) 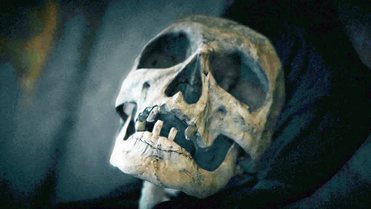 Recent Assassin's Creed projects seem to be very slowly building towards Juno finally getting a body of her own, and becoming an actual threat to the Present Day world. It would be fair to say that since AC3, not much has actually happened in the Modern Day aspects of the franchise. Syndicate had the most progress for Juno's plot with the Phoenix Project, but this is unfortunately going to be concluded within comics.

Origins however chose to ignore this progression, and go in a completely differently direction with the introduction of a new Modern Day character, Layla Hassan.

Assassin's Creed III brought Desmond's Journey to a conclusion, seeing him embark on Modern Day missions for the Assassin Order. It was a fitting end to his character, but many fans to this day still believe that "The Modern Day died with Desmond".

Assassin's Creed IV was the first game to remove Third Person Modern Day, and had us play as a nameless Abstergo researcher.

AC Initiates was a Community Program that housed a wealth of lore and information for fans to explore. It was extremely populatr with fans, and prepared members for the release of AC Unity.

Modern Day Gameplay was completely removed, and replaced with cutscenes. "Bishop", a new Assassin would give "us" instructions. This is generally considered to be the worst Modern Day in the series.

Fans were disappointed to learn that AC Unity had no playable Modern Day missions, after it had been hyped up during promotion.

The Modern Day for AC Rogue felt like a continuation of what we had experienced in AC4. 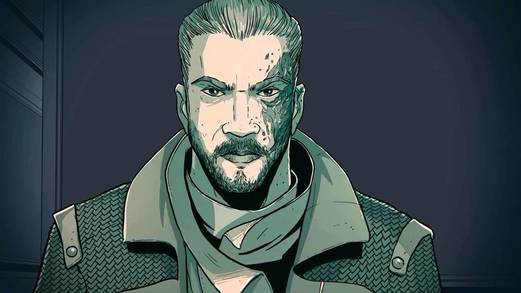 AC Syndicate once again had cutscenes and no Modern Day Gameplay, but this time, we actually got some Modern Day progression. 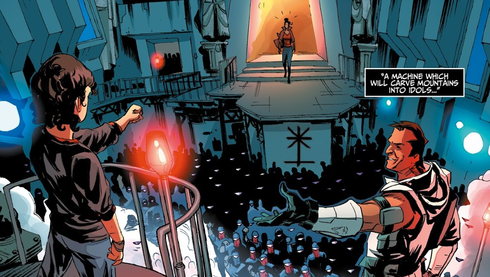 AC Heresy is arguably one of the strongest Modern Day stories in recent times. With the introduction of Simon Hathaway, a Master Templar and Memberof the Inner Sanctum. The story was refreshing in comparsion to the usual search for Pieces of Eden. Simon believed that the Animus should be used for more than just hunting the Pieces of Eden, and instead used it to find knowledge within the past. Simon's time in the Animus led to him discovering how to fix the Sword of Eden (broken in Unity). The book also explored Simon's defiance, as he steals the Sword from Abstergo, then brings it back working, making him an enemy of Abstergo momentarily. He's an extremely interesting character, and the Modern Day was excellent.

The Modern Day of the AC Movie was remeniscent to that of AC1. Abstergo kidnap an individual to explore their genetic memories. Callum Lynch was a pretty interesting character, and his journey towards becoming a Modern Day Assassin was executed well within the film. The strongest Modern Day aspects happen towards the end of the film, when the Assassins escape the facility, and travel to London to kill Alan Rikkin.

AC Last Descendants had an interesting Modern Day storyline, with teenagers exploring the memories of their ancestors.
Assassin's Creed Origins

AC Origins finally brought back Third Person Modern Day, something that fans had been requesting for years. Playing as a new character, Layla Hassan, we had two interesting Modern Day Moments.
​
What Fans liked:

A movement recently emerged on Twitter via the Hashtag #ModernDayMatters, giving fans a space to express their thoughts on the Modern Day aspects of the Franchise.

The Hashtag was created when a Dev Q&A suggested that Juno's arc was not the main story of the Modern Day.

The main story in each game is the one set in the past, where the player will spend dozens, if not hundreds, of hours. The present-day plotlines, or the ‘meta-story,’ are the elements that revolve around multiple characters and plots, showcasing the struggle between Templar and Assassins in current times.


Positives of the Movement:


Problems with the Movement (As noted by Community Member Loomer)

The Movement is evidence that fans want changes to be made to the Modern Day.

﻿Statement by Creator of the Movement﻿

What do Fans actually want from Modern Day?

Have any other thoughts?

Let us know in the comments and we'll add them to the article!