Back to Articles
In this article, we'll be looking at the Marketing Campaign for Assassin's Creed Origins, which has arguably been the strongest for an AC Product in many years. I've personally been very impressed with how Ubisoft have promoted the game, so this article will look at the highlights (good+bad).

​- Col
The Assassin's Creed Social Media Channels revealed that "The Assassins would soon be stepping out of the shadows", suggesting that we would finally get to see the highly anticipated game, believed to be set in Ancient Egypt (Leaks+Speculation)

Another Tweet made it clear that the reveal would be at E3 2017, and that we could subscribe to Ubisoft US on Youtube to stay updated.
The reveal of the Yellow and Green Logo led to many members of the Assassin's Creed Community changing their Profile Picture.

​We here at The Ones Who Came Before recognised the hype around the image, and joined the trend. 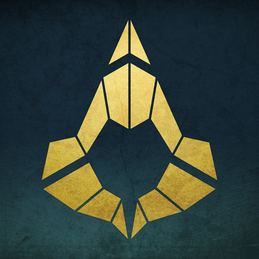 World Premiere Gameplay Trailer shown at the Microsoft Conference.
Ubisoft Conference: Ashraf Ismail reveals that he is the Game Director on Assassin's Creed Origins, and that the game would be playable at the Ubisoft booth for those at the event.
Promo images released
E3 Coliseum: Ashraf does a Walkthrough and Q+A. 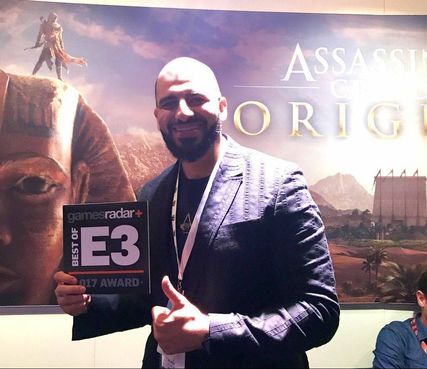 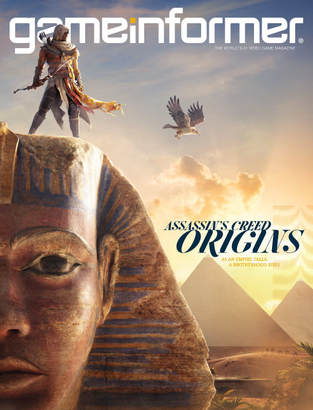 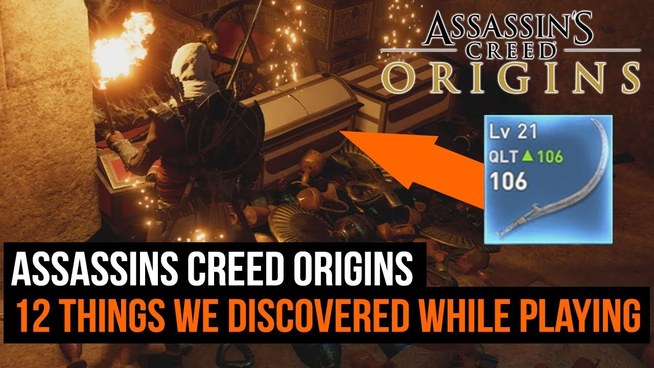 Here are a few.
Several Interviews with Assassin's Creed Origins Developers are uploaded by Youtubers and Media Outlets.

Access the Animus (AC Fan Community) Translation: "We work in the dark to serve the light. Nothing is true, everything is permitted. Ra, protect me and grant me perpetual wealth. Help us possessing fertility along with remuneration. May no offspring escape their share of wealth. May you endlessly triumph and go forth." 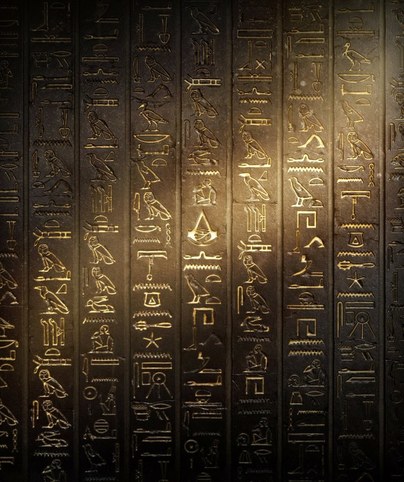 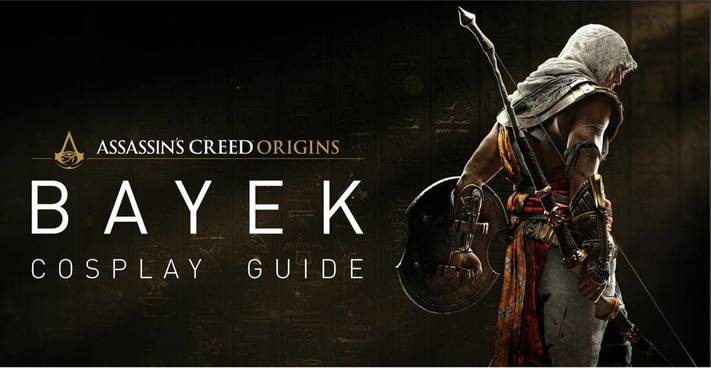 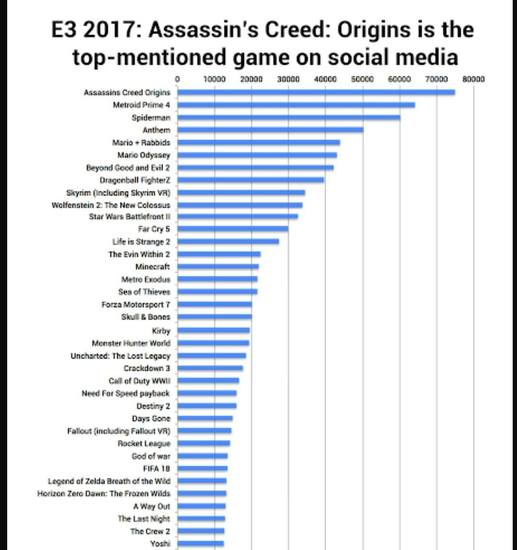 He now has over 50 videos on his channel featuring the game.

​He would later wear the costume at several events where Assassin's Creed Origins was present. 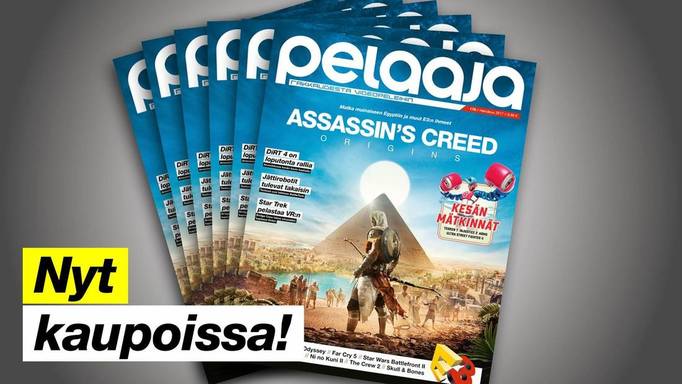 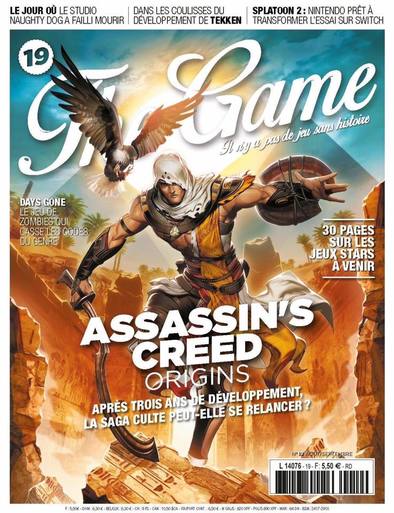 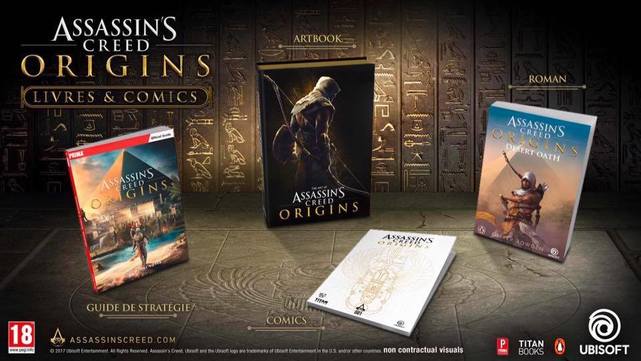 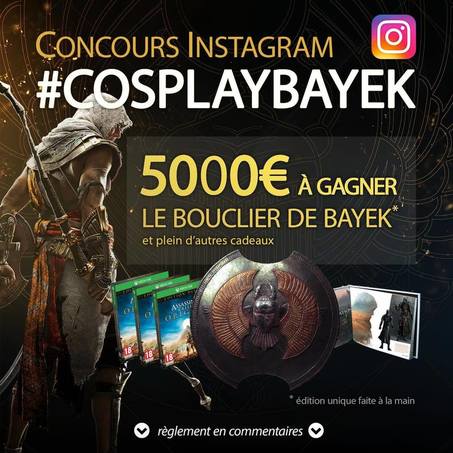 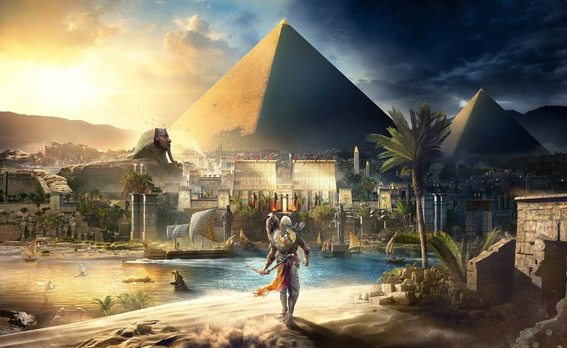 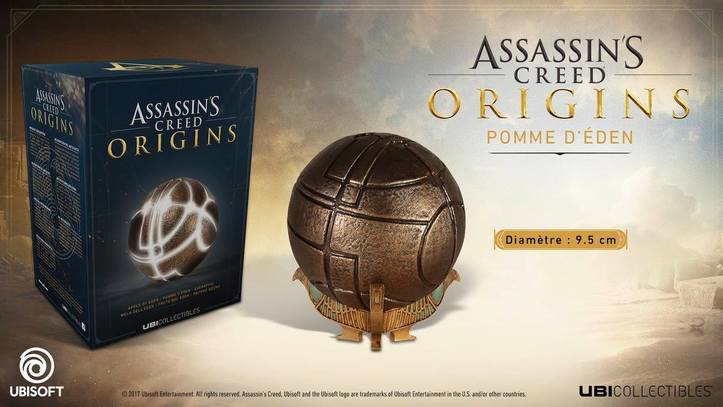 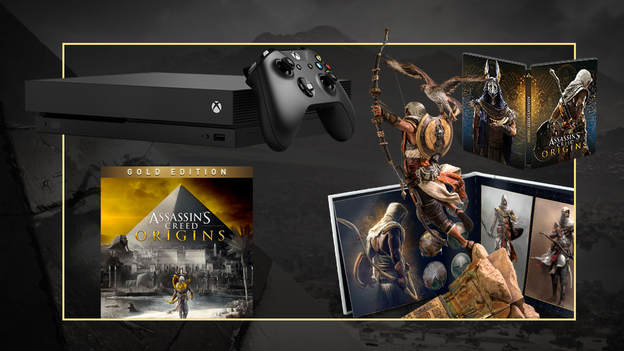 ​Rick would later wear the costume at several events, including Gamescom and PAX West.
The item turned out to be an Assassin's Creed Origins Hoodie. 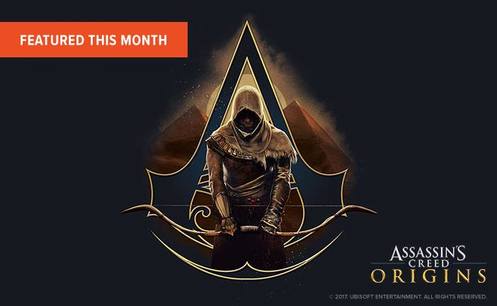 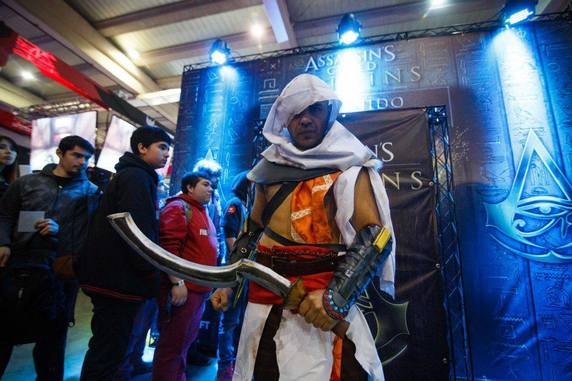 ​​
​Ubisoft released a wealth of new information and images for Assassin's Creed Origins. Those who attended the event could play the game at the Ubisoft Booth, and even read the first chapter of Desert Oath.

Gamescom also introduced fans to Bayek's wife, Aya, who appears to be highly popular within the AC Community already!
First look at Aya 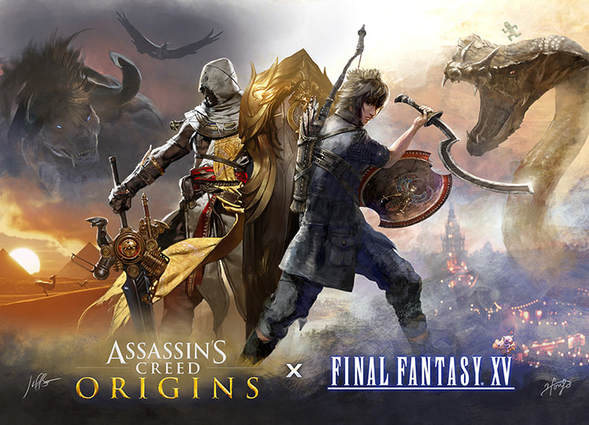 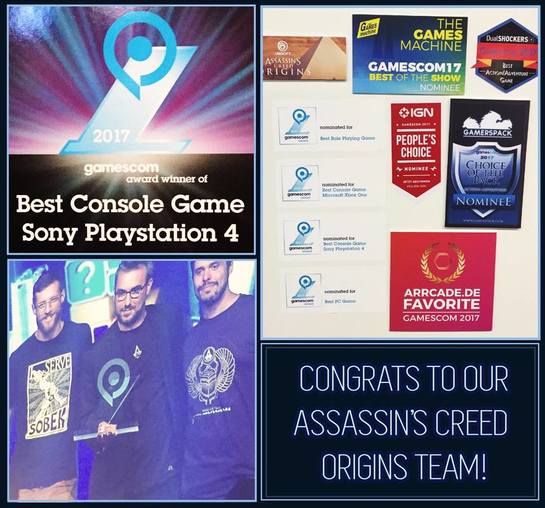 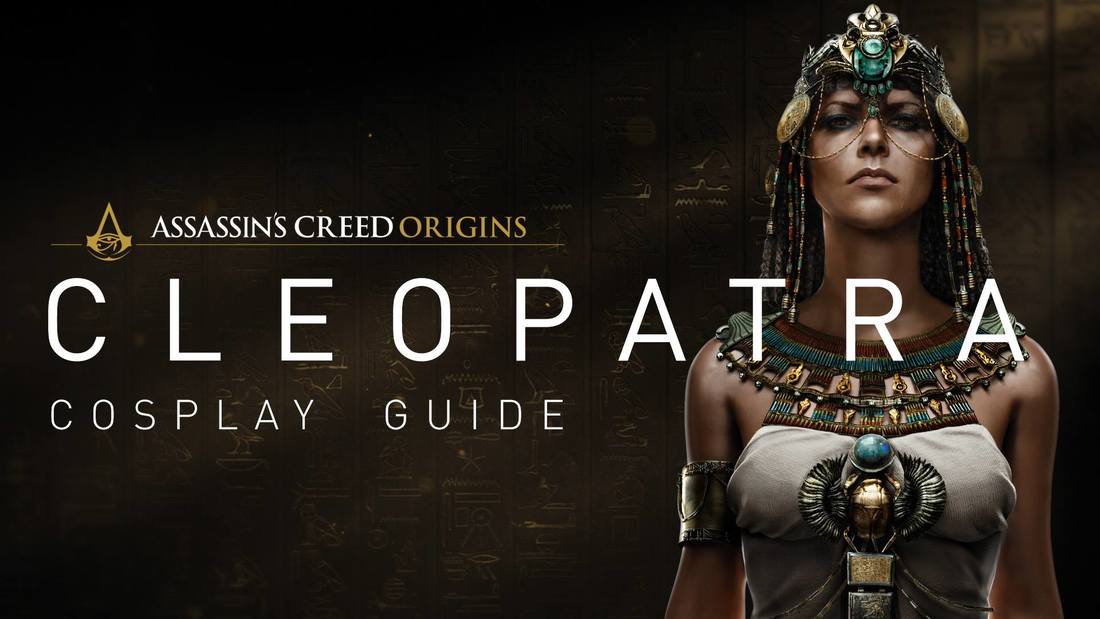 "​Starting September 1, purchasing collectible Assassin's Creed Origins co-branded Monster Energy 24-ounce cans, 4-packs, or 10-packs will get you a code that you can redeem for in-game cash, animal or world resources for crafting, or even one of four exclusive weapons you won't find during normal play: the Dust Biter sword, the blunt Face-Breaker, the Scepter of Thaati, or the Rain Bow (a predator bow with a first-person viewpoint that makes it ideal for sniping). See all the weapons you can unlock below. Codes can be redeemed at www.MonsterEnergy.com/AssassinsCreed by logging in with your Ubisoft Club account."

Information from Gamespot: "More than 500 million Monster Energy drink cans globally will carry Assassin's Creed: Origins branding, with the cans starting to show up in stores now. This makes it one of Ubisoft's largest retail promotion partnerships ever" 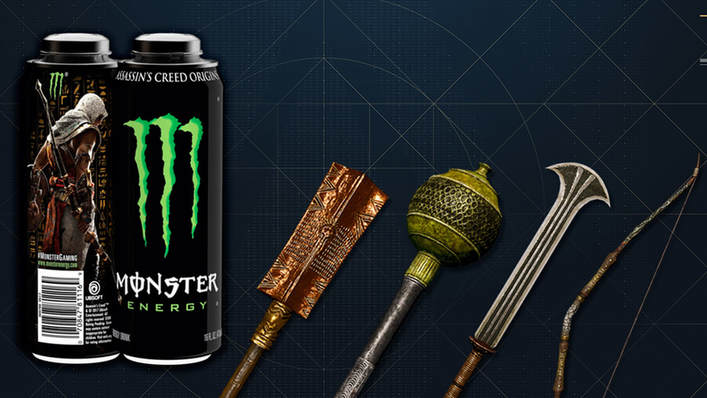 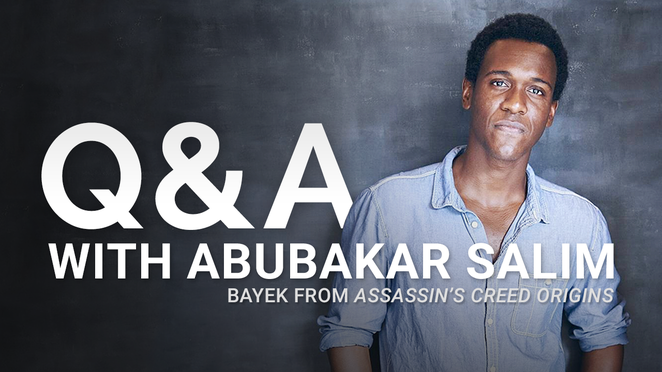 Assassin's Creed Origins was playable at the event, and several interviews with Ashraf Ismail were released. 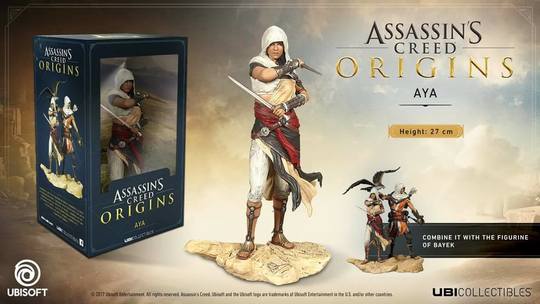 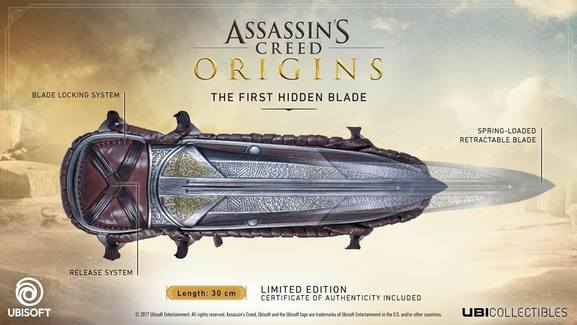 5th September: It was revealed that an Assassin's Creed Origins Obstacle Course would be present at CCXP Gaming Festival in Brazil 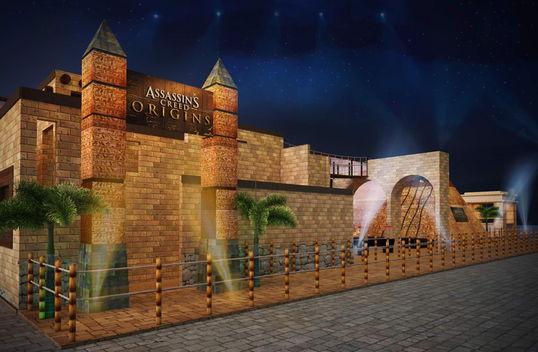 12th September: Assassin's Creed Origins Edge Magazine Covers revealed
(Several more with changes to voices/ languages can be found online)
"As announced at the launch of The Hieroglyphics Initiative on 27th September 2017, we have begun compiling data, developing tools and reaching out to the academic community for collaboration partners.
Our aim is to release the first results by the end of the year, at which point we will open up the project data and technology to everyone."

"Ubisoft is introducing something called the “Discovery Tour” to Assassin's Creed Origins, a free mode that eliminates all combat from the game, and really any central story components whatsoever. Instead, it will be a walking (and climbing) tour of Ancient Egypt used simply for educational purposes. 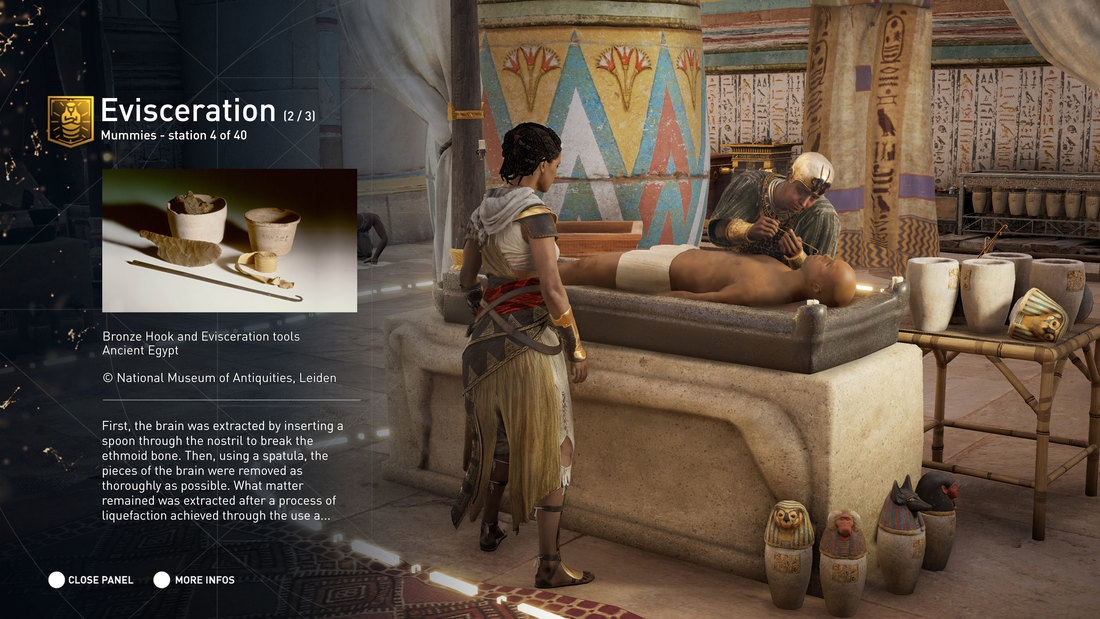 28th September: Ubisoft reveal their partnership with Focal, and a number of expensive products:

Photo Mode was also revealed!
Although the ad was intended to come across as a joke, it was actually harmful to the marketing campaign. I also noticed a number of people online declaring that they would never again pre-order a video game from Gamestop, and others making it clear that they would not be pre-ordering Assassin's Creed Origins. 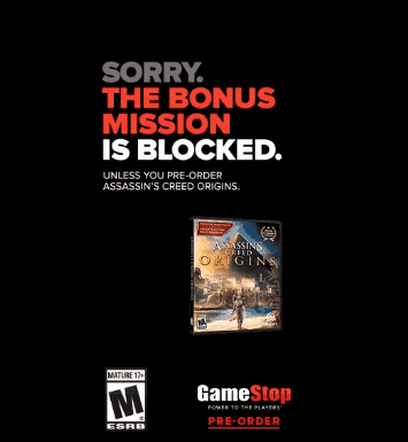 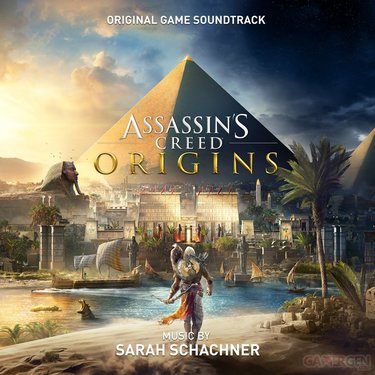 20th October: Partnership between Twitch and Ubisoft revealed at TwitchCon 2017. 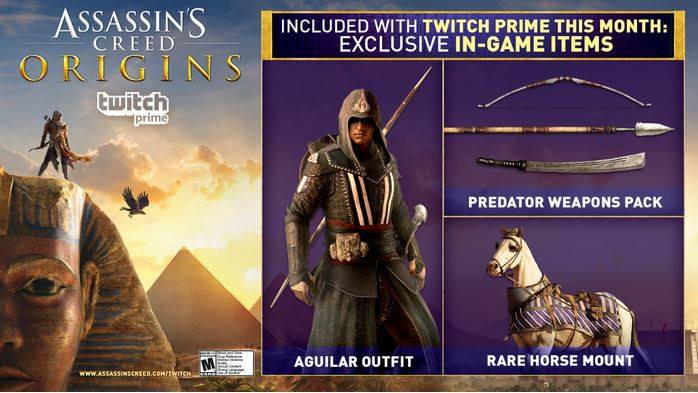 I personally think that Ubisoft have conducted a strong marketing campaign overall for Assassin's Creed Origins, focussing heavily on Community Feedback (Game Playable at events, Youtubers), and lots of Trailers showcasing the game, giving potential buyers the chance to see and even play the game from the beginning of the campaign.

I recently asked my Twitter followers what they thought of the Marketing Campaign.

Here are the results 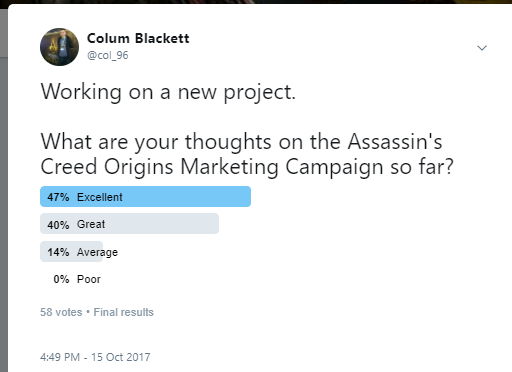 Thank you all for reading.

​ Let me know your thoughts on the Marketing Campaign, and which aspect was your favourite overall!