Back to Articles
This article looks at the wide range of Assassin's Creed Funko Pop! Vinyls available from several of the Assassin's creed games. The majority of these Pop! figures are widely available to purchase, however there are several Pop! figures which are more rare and can be priced much higher than standard Pop! figures.
Assassins Creed Movie Pop! Vinyls: 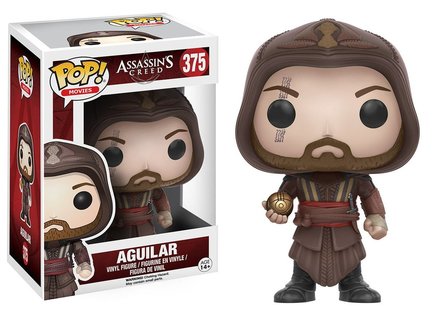 
This pop figure is among some of the easiest Pop! figures to get hold of.
It is accessible in most Pop! stores and online through sites such as Ebay and Amazon. 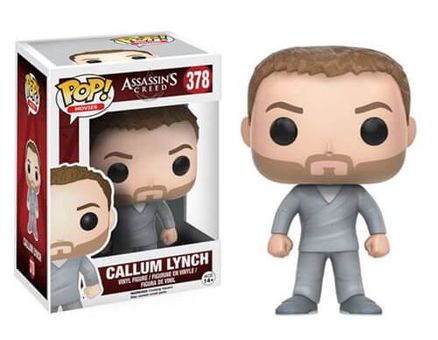 
As with the Aguilar Pop! Callum is fairly easy to find in stores and online from Ebay, Amazon and Pop In A Box. 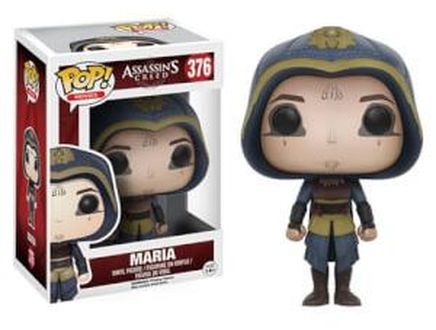 ​
Maria can be found along with other Assassin's Creed Movie Pop! vinyls in stores such as Forbidden Planet as well as online from Pop in a Box, Ebay and Amazon. 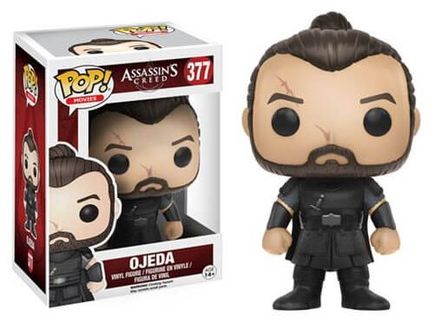 ​
Ojeda can be found in pop stores and online from Pop in a Box, Ebay and Amazon. 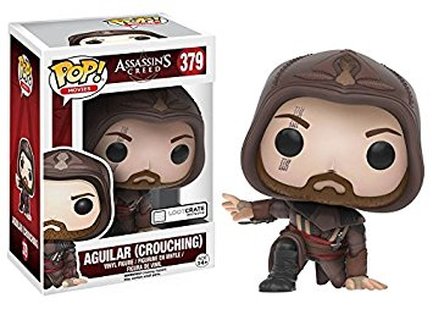 
This Pop! figure is becoming increasingly more accessible. This figure was initially released as a loot crate exclusive, however the number of these Pops being sold through platforms such as Ebay and Amazon is increasing. 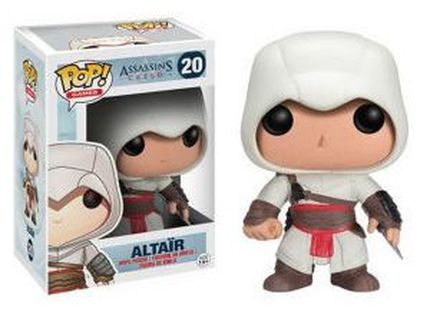 
Altair is, again, an easily accessible Pop! however this figure is often more expensive than the average pop vinyl. The average price is around £10 however Altair is often sold for anywhere between £20-£40. 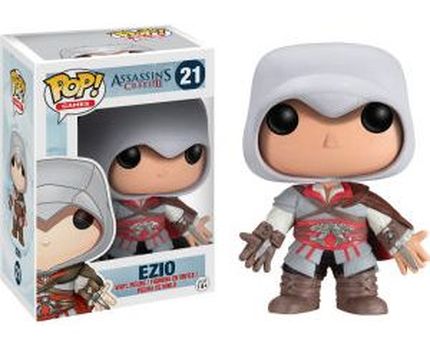 
This pop figure is fairly accessible online from Ebay and Amazon which is unsurprising due to the popularity of the character. However, as seen below, the different variations of this pop vinyl are more rare. 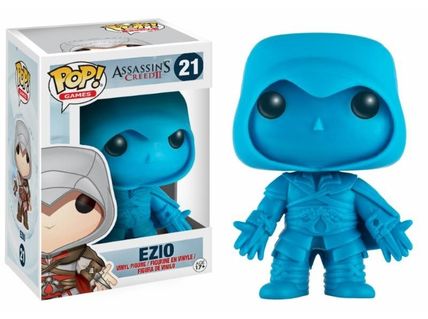 
This Ezio Pop! shows the use of eagle vision and therefore is a little more rare than the Original Ezio Figure. However it is still fairly accessible on Ebay and Amazon, and the average price does not apear drastically more expensive than the standard Pop! vinyls at around £15-20. 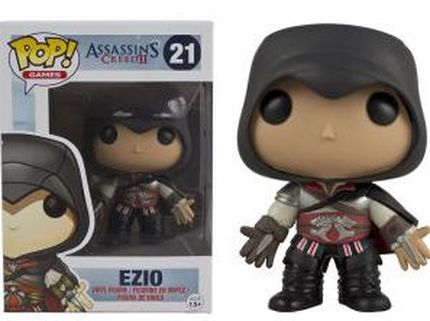 
This Pop figure is much less readily available and therefore would be a prize piece in any avid Assassin's Creed fan's collection.
However having this gem in your display will not come cheap as this Pop! figure sells for anywhere between £70-£130 on Ebay, and cannot be found on many other sites. 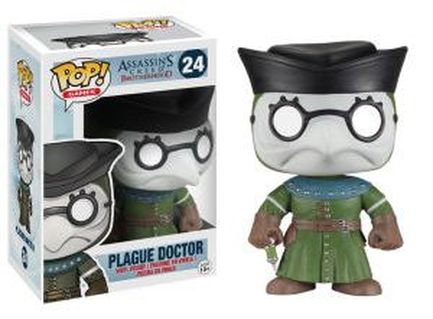 
This is a rare figure from the Assassin's Creed multiplayer mode in Assassin's Creed Brotherhood.
Due to the niche nature of this Pop! there are fewer available to buy.
​This pop is often only found on sites such as Ebay and for prices around £35-70.
Assassin's Creed III: 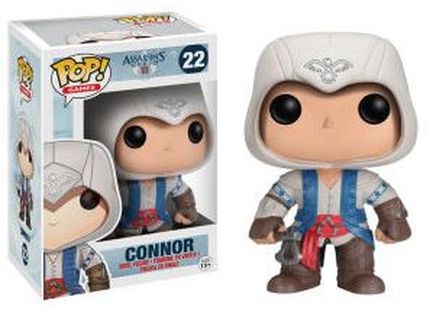 
Connor's Pop! figure is a little more difficult to find on main sites such as Amazon where the figure will cost around £50-60.
However more appear to be available on Ebay for a slightly lower price of around £20-40. 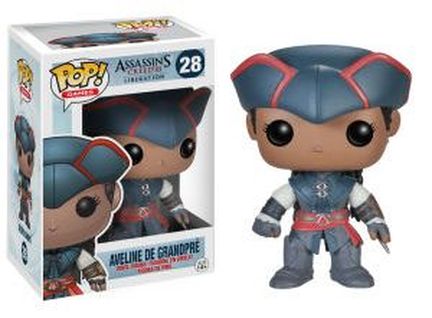 
This Assassin's Creed Liberation figure is again a little more difficult to locate and will often fetch a higher than standard price.
This figure can be found on Ebay for around £30+ and on Amazon for anywhere between £40-£120! 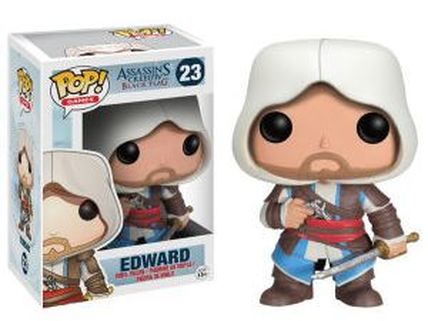 
This Pop! figure is one of the more difficult to obtain, Edward can be located on sites such as Pop in a Box, Amazon and Ebay however for a high price. Amazon lists this Pop at around £90 whilst on Ebay it can be found for closer to £60. 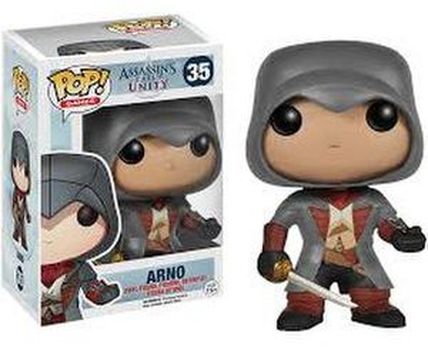 
This figure is much easier to access than those from AC3, however it is priced slightly higher than a standard pop vinyl at around £18-27 on both Amazon and Ebay. 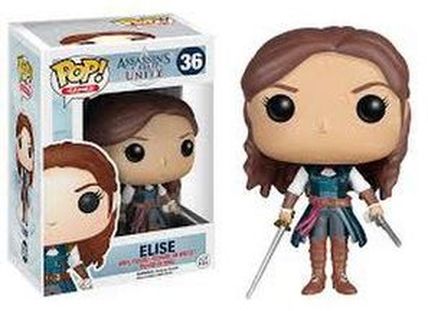 
Again, as with Arno, this figure is not too difficult to find but the price is a little higher than the average Pop vinyls on Amazon at around £23. However, Ebay does show some pops priced at closer to £10 as well as some at £20-25. 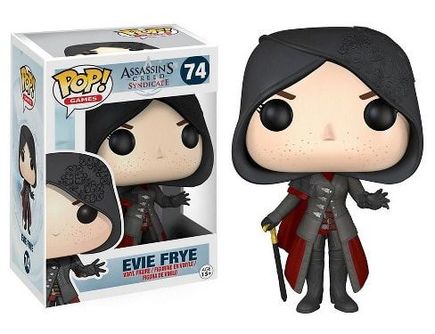 
This pop figure is easy to find and reasonably priced at around £10-15 on both Ebay and Amazon. 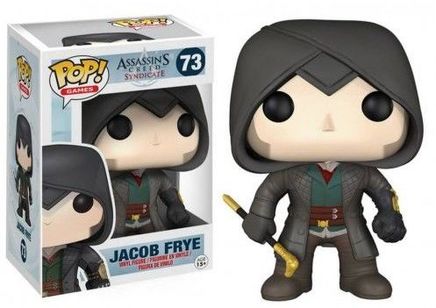 
As with Evie, this Pop! figure is easy to locate on both Amazon and Ebay, as well as sites such as Pop in a Box and in pop stores. This figure is usually sold for around £10-£15. 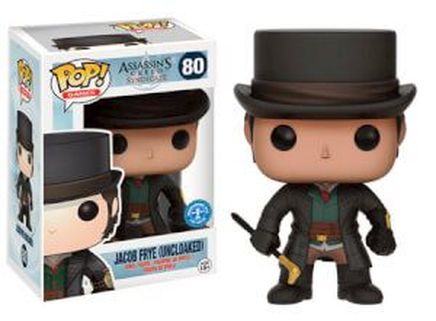 ​
This Pop! figure is harder to locate than the standard Jacob Frye Pop and as with the variations of Ezio, this pop fetches a higher price than the original model but the price is still only slightly higher than standard at around £20.


Amazon: Link
Which Pop! Figure would you like to see next? 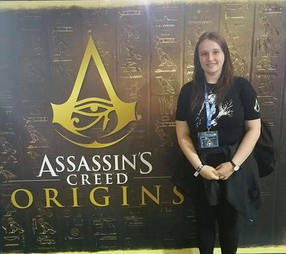 ​Article produced and edited by Ashlea