Back to Articles
Minor Plot Spoilers below. (Our admin Col_96 has seen the first 20 minutes of the film, so has inside knowledge on the trailer)

In this article, we look at the bits you may have missed in the new AC Movie Trailer.
Joseph Arrested: At the start of the Trailer, we see Joseph Lynch being arrested for the murder of his wife. (Fun fact. The young Joseph Lynch is played by Brian Gleeson, whilst his father Brendan Gleeson plays the older version)

Abstergo Pin: Alan Rikkin is wearing an Abstergo Pin.
Abstergo Guards using Batons: The scene where Cal takes on the Abstergo Guards reminded me of AC2, where Desmond and Lucy are in a similar situation. The guards use Batons to immobilise. 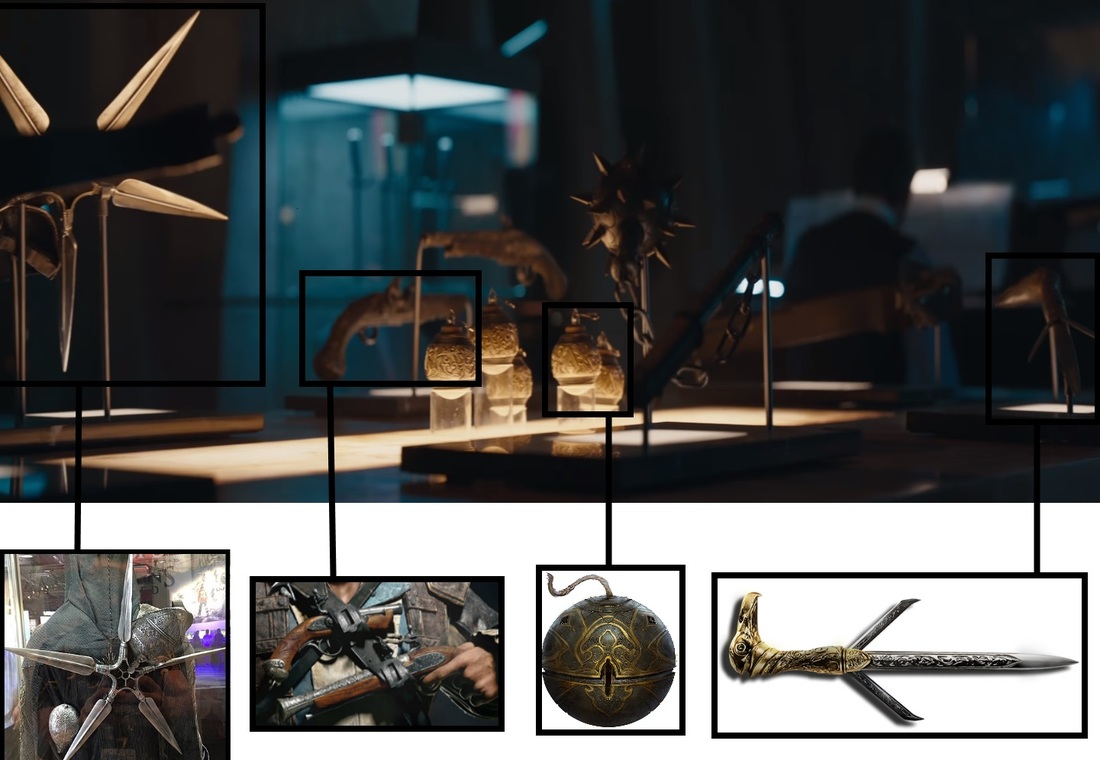 Other subjects: When Cal is running around the Abstergo facility, you can see the other subjects watching him.

Return of Lin: Lin is another subject being held by Abstergo.

"Lin, a Chinese Assassin linked to an ancestor who "is well travelled and hardened by the struggles of life for a woman in 16th century China".  Source

Could Lin be a descendant of Shao Jun?

Return of Moussa: Moussa is another subject being held by Abstergo. Games Radar previously revealed that he is the descendant of Baptiste, seen in Assassin's Creed Liberation. 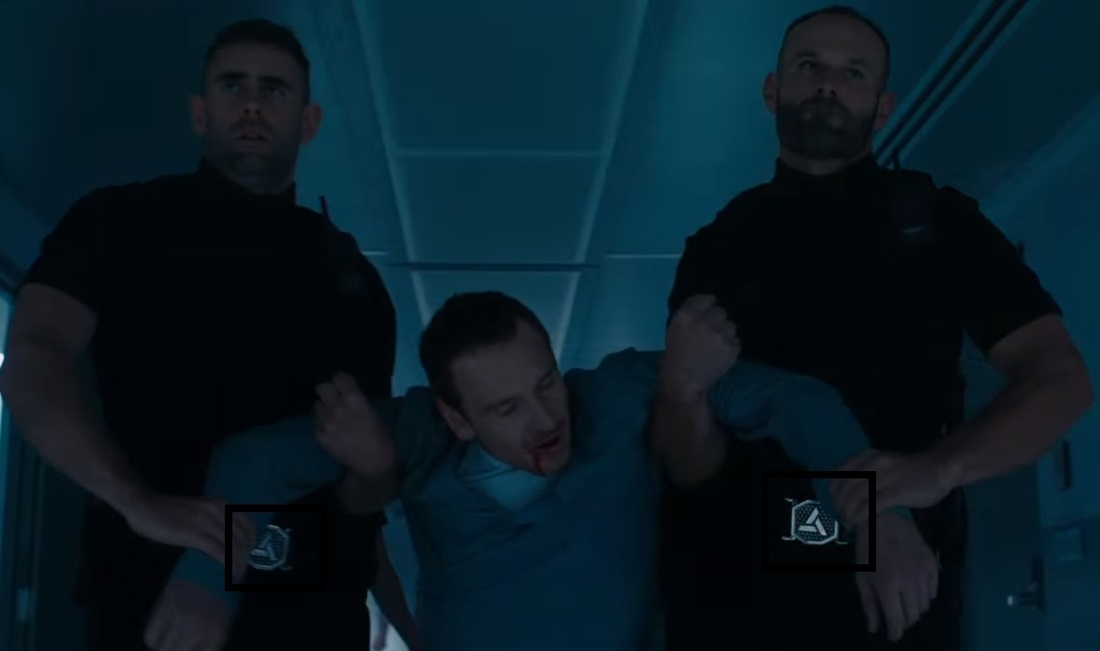 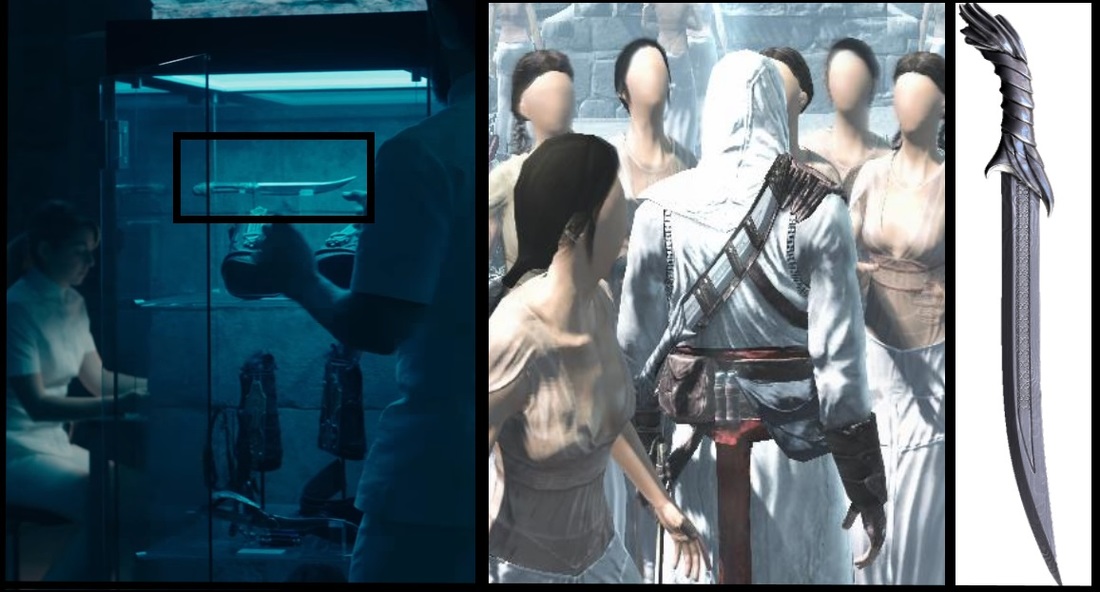 AC2 Animus: At 1 minute and 4 seconds into the trailer, you can clearly see the Animus from AC2 behind Sophia!

Animus chord: We finally saw the Animus chord clip into Callum's neck. Looks painful! It also explains the marks on his neck we previously saw.

Aguilar's Finger: We can clearly see that Aguilar is missing a finger on his right hand. Other images from the film show him with all 5 on his right hand. This means that a finger has been removed in an Assassin initiation ceremony at some point in the film. It also means that the poster showing Aguilar syncing a vantage point is wrong, as it shows him with four fingers on his left hand.

Rope Launcher: Aguilar has a device hidden inside his gauntlet that looks very similar to the rope launcher used in Assassin's Creed Syndicate. What could it be?

New Assassin: The Trailer introduced a new Assassin. Could he be a member of the Spanish Brotherhood?

Throwing Knives: The Trailer showed us Maria using throwing knives several times. She's pretty accurate with them!
Moussa uses smoke bombs: Blink and you'll miss it! Watch the trailer in slow motion at exactly 2 minutes in, and you'll see Moussa using smoke bombs on the guards. Likely the start of the prison break that occurs later.

Did you spot anything we missed? Let us know!

Article by Col_96
Powered by