An endless conflict. An old wrong. A new revelation.

But Simon also has an insatiable curiosity, and is fascinated by the thought of experiencing history first-hand through his ancestor--Gabriel Laxart, who fought alongside the legendary Joan of Arc.

When he enters the newly-designed Animus for its initial project, Simon finds himself unprepared for what he discovers: How deep the conflict between the Templars and the Assassins goes. What Gabriel will do for the woman he both loves and reveres.

And the most dangerous truth of all: Who is the heretic and who is the true believer.
Assassin's Creed: Heresy focusses on Simon Hathaway, the new Head of Abstergo's Historical Research Division. Replacing the late Isabelle Ardant, Simon takes the department in a new direction.

​Taking his place in the Inner Sanctum, Simon is given clearance by Alan Rikkin to use the new Animus, in a search for knowledge that will benefit the Templar Order.

Assassin's Creed: Heresy is extremely well written, uses an extreme amount of detail to set the scene. Although the book looks at the Historical aspects in great detail, it can sometimes become slightly confusing, as many names and characters hold similarities.

​ I really enjoyed the idea that the Animus could be used to find knowledge that could help the present day characters fix broken Pieces of Eden. Simon's proposal to Rikkin at the start gives us a fresh perspective of the many ways in which the Animus can be used. Recently, we have seen the same formula in Assassin's Creed games. Use the Animus to find a Piece of Eden. It was interesting to see a search for knowledge, rather than a search for another artefact.

I was especially impressed with the many links to the Assassin's Creed: Abstergo Employee's Handbook (also written by Christie Golden). To finally learn the truth about Robert Fraser, and the reasons for his termination was truly satisfying. Often I feel that Assassin's Creed leaves a lot of questions unanswered, so it was great to finally know the truth.

I also really liked the way Heresy made it clear of the date and location of each and every memory entered by Simon. Sometimes the jump between past and present can be confusing, in transmedia material such as the Titan Comics. Heresy made it very clear, helping the audience to understand where exactly we are focussing on. The fresh concept of an Assassin Queen was also a fantastic move for the franchise. Many times have we seen Templars in positions of power, so it was great to see an Assassin Mentor in such a high ranking position.

The references to the Isu Precursor Race were also very interesting.  The return of Consus, and the Sword of Eden made this book almost feel like a sequel to the lore provided in Assassin's Creed: Project Legacy and Clay Kaczmarek's Animus Glypths. I really liked the way Heresy expanded on previous lore. It's very clear that everyone involved in the creation of this book put a lot of time and effort into avoiding lore inaccuracies and contradictions. The AC Team and Christie Golden did a great job with this book.

I highly recommend Assassin's Creed: Heresy, and rate it 4/5 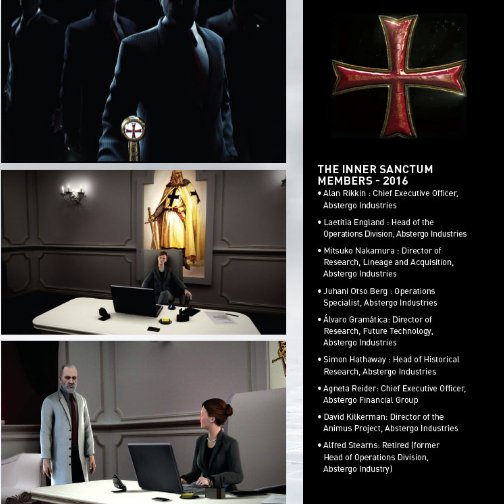 
"Simon hid his annoyance. Although he was technically a professor, he found teaching frustrating"            (Pg 25)

"His body was riddled with bullets, and he had died with his eyes and mouth open" (Pg 53)

"We are to dig behind the altar," he said. "And there, we shall find a sword" Father Michel 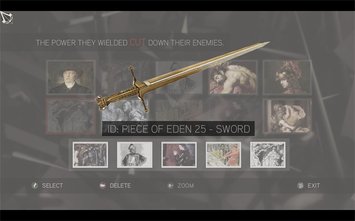 "There was no secret handshake, pr code word, or anything that Hollywood would salivate over between Templars. The only identifying item by which they would recognise one another was the pin, and was an utterly innocuous replica of it available in the local gift shop. The trained eye could spot a real pin from its counterfeit, but generally one could never tell who was a Templar and who wasn't at Abstergo unless one was specifically informed." (pg 123)


"Rikkin stretched out his legs in the back seat of the Rolls, absently watching London zip past as he spoke on the phone with his daughter, Sofia, who was preparing for his arrival in Madrid in a few days."
(Pg 183) 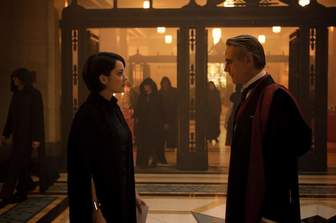 Page 185 explains that she gave Fraser information that was then leaked to the Assassins. She did not know the goals of the Assassins or Templars at the time. Rikkin tells her that she was very close to being terminated, like Aidan St. Claire.
​
Ending: Spoilers

(247) "You are in possession of Abstergo property. Hand it over and submit to judgement!"


Simon escapes Abstergo and sneaks into the Inner Sanctum Meeting!

Simon discovers that the Sword of Eden needs another piece to work properly. He calls this "The Heart" (260)

Jacque de Molay had hidden the Heart in Coudray dungeon behind the symbols on the wall.

Joan had kept the "Heart" in a pouch around her neck, and it acted as a power source!

When Joan was burned, her executioner had thrown the "heart" into the river Seine.

Simon managed to find "The Heart" by sensing it's presence at the bottom of the river Seine!

Otso Berg calls for all charges against Simon Hathaway to be dropped! (261)

The Templars have a secret group called "Omega Team" standing by.